About Blog Category A Category B Tag B

From the video “How to Survive in Gamedev for Eleven Years Without a Hit”, by Jake Birkett of Grey Alien Games:

“But it’s taken nine years to get that much money…it is essential that you think “long tail” about your games.”

This 2016 GDC talk is from an indie developer who largely made match-three games. It is presented in a narrative lifestory style. 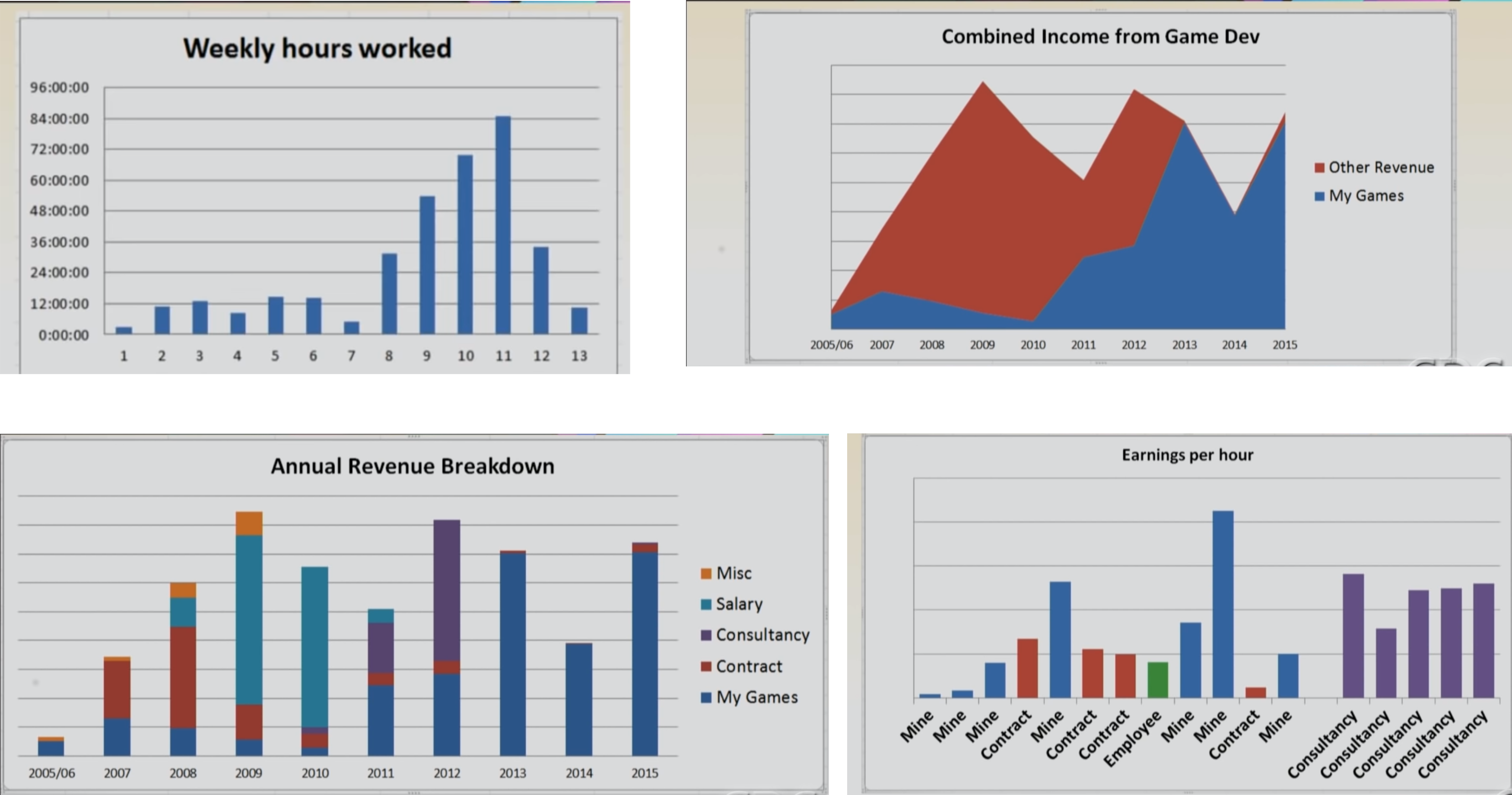 It appears that so long as you are able to find a profitable niche, even if (or only if??) you do small games and iterate, you will develop proficiencies that allow you to be successful. The shocking note is that, for a certain good-looking game, only 14 percent of certain game sales of his were on Steam. However, for off-steam platforms he points out that their revenue share is closer to 70⁄30.